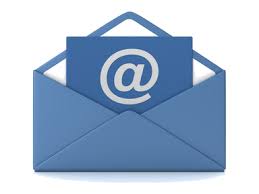 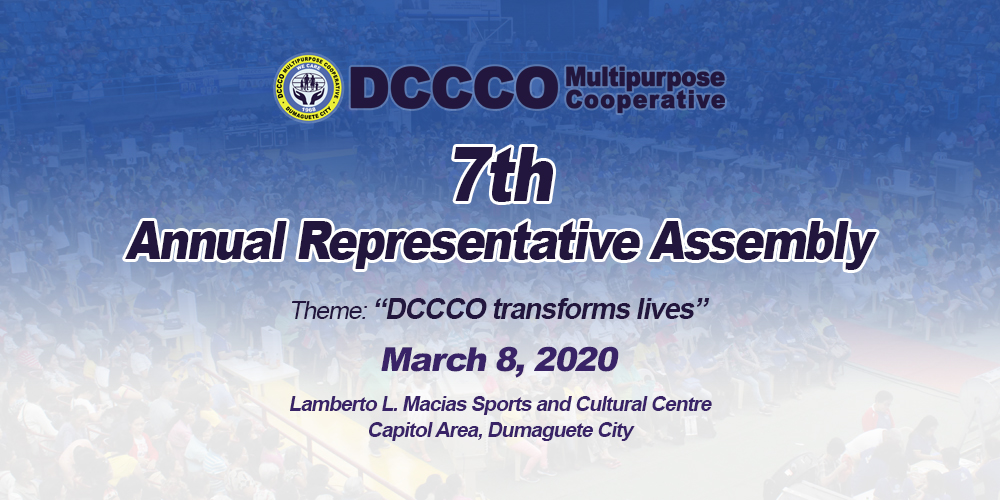 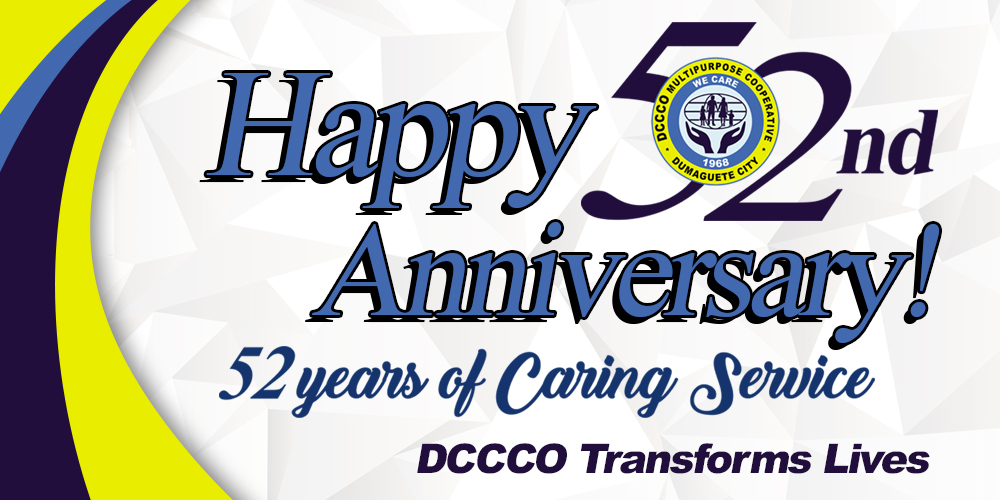 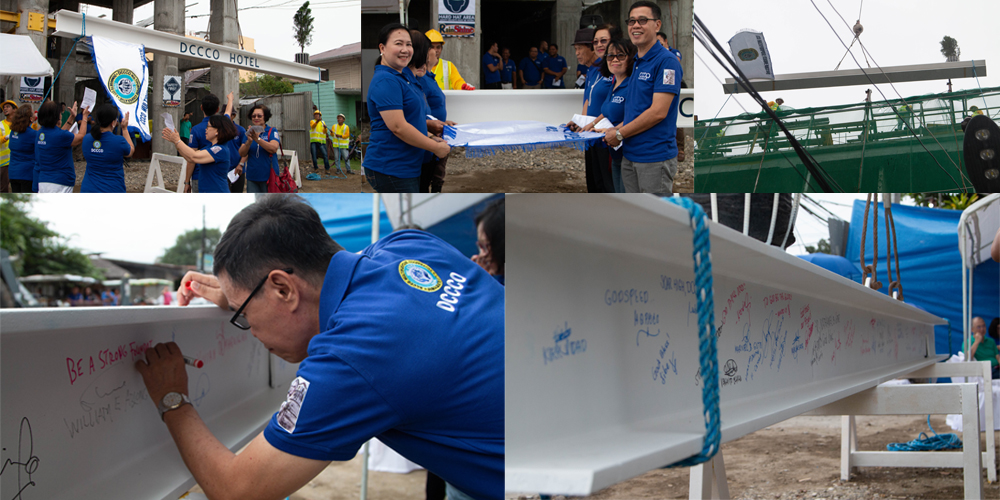 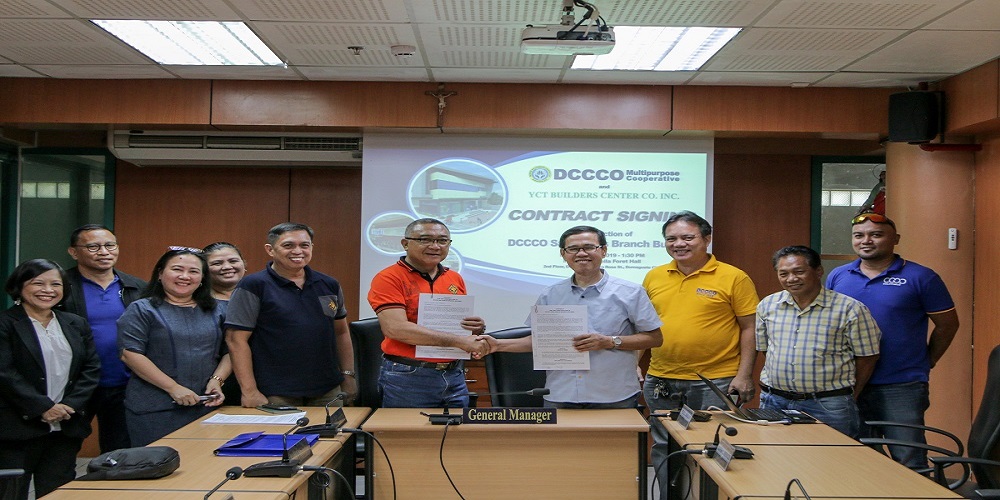 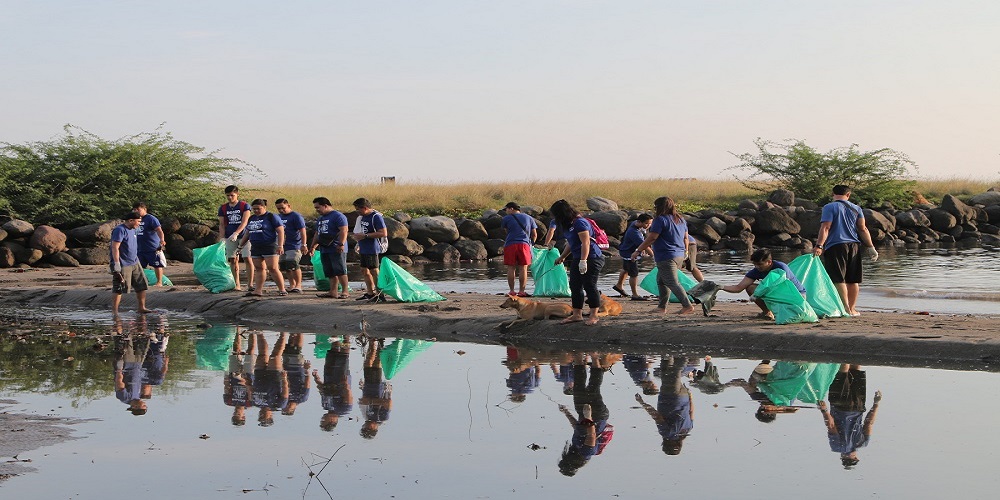 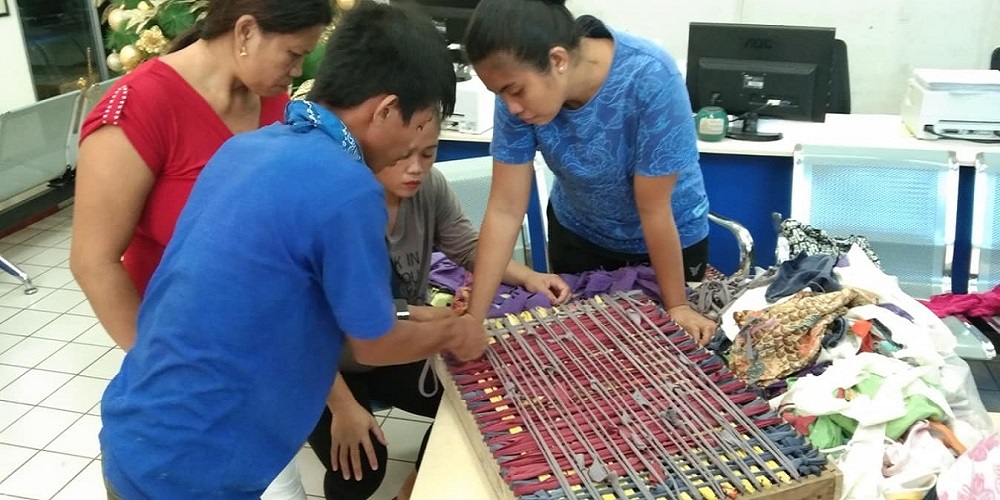 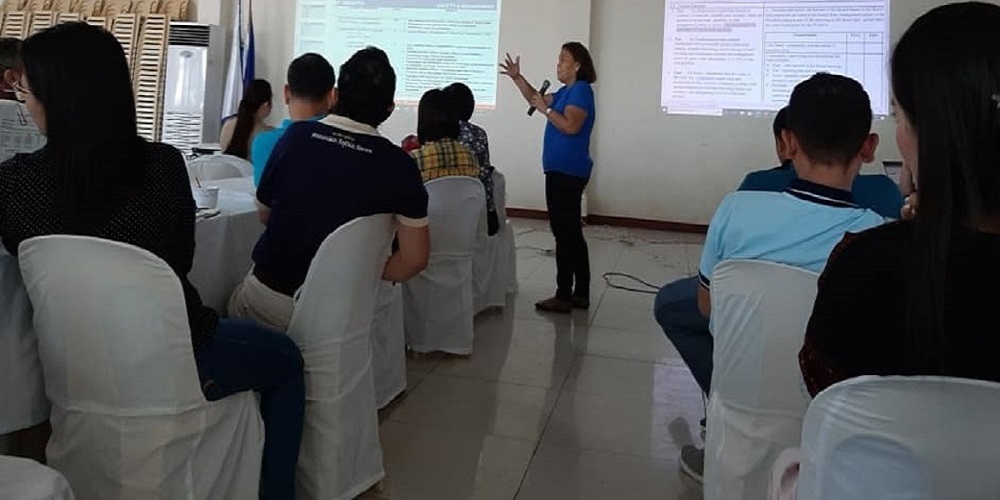 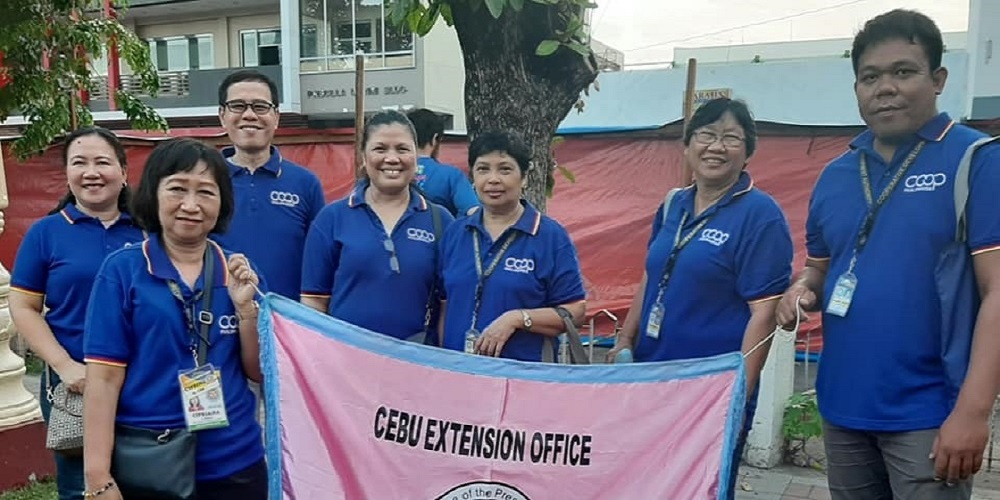 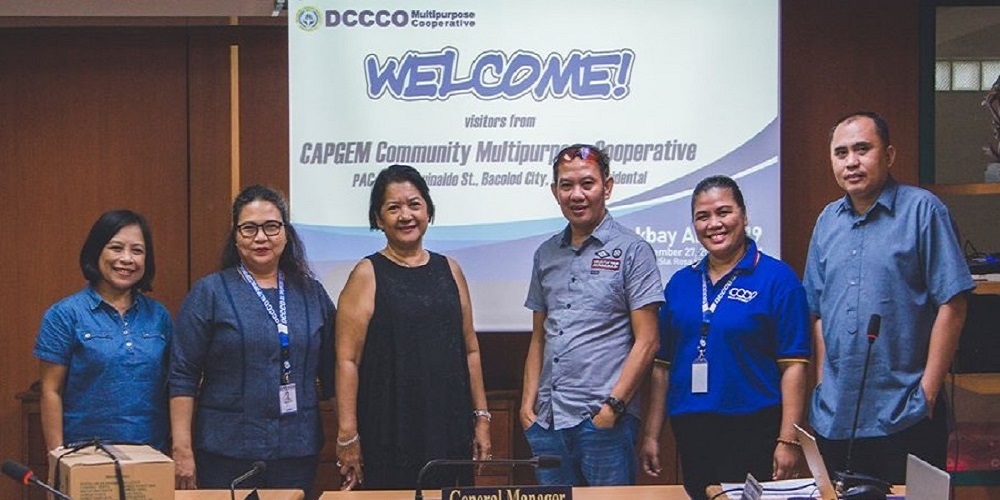 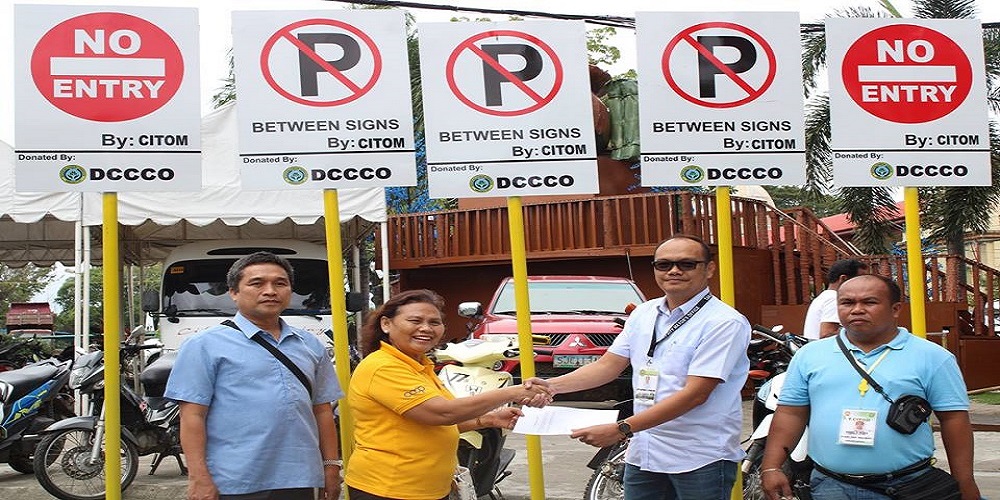 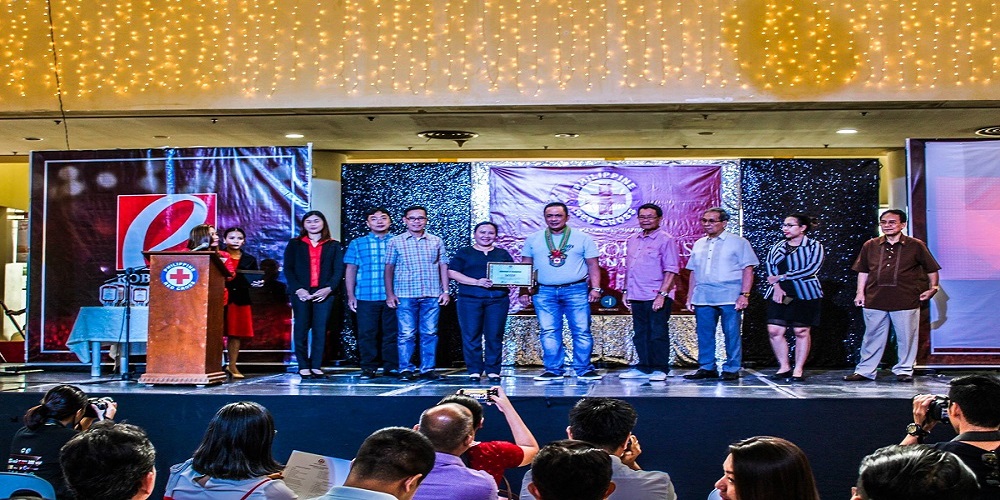 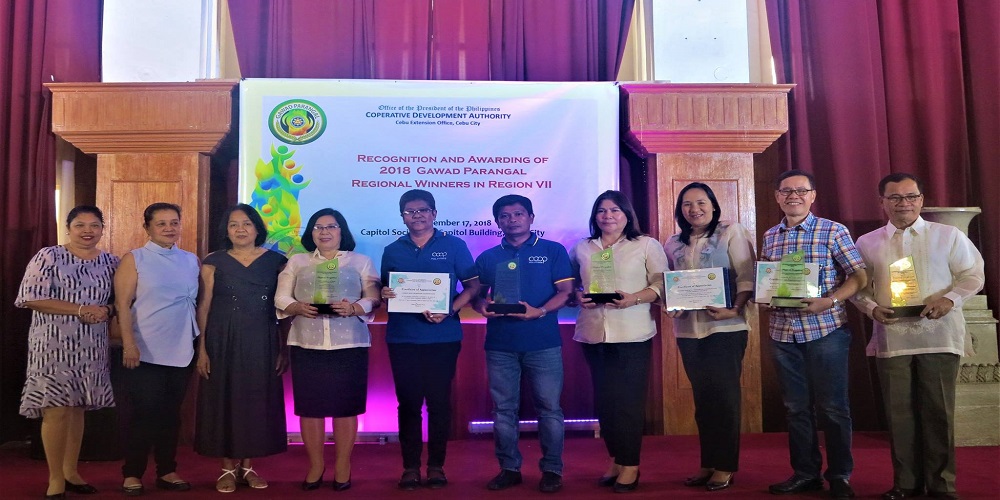 IMPORTANT ADVISORY In view of the strict community quarantine, and mitigate the spread of the COVID-19, all DCCCO offices will be implementing SHORTENED BUSINESS HOURS. This is effective Tuesday, March 31, 2020 until further notice. Thank you.

Important Advisory In view of the strict community quarantine, and mitigate the spread of the COVID-19, all DCCCO offices will be implementing SHORTENED BUSINESS HOURS. (Please see picture) 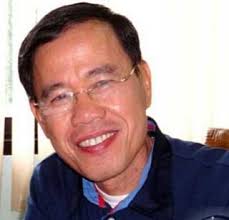 Chairperson, Board of Directors


All the accomplishments and triumphs that DCCCO Multipurpose Cooperative has reaped came from one compassionate vision and a meager amount of P1,181.50.

That was in the mid-60s when a small number of empathetic individuals thought of liberating a group of parents from the clutches of loan sharks. From rescuing these parents who want to give their children a chance for a more dignified living condition, DCCCO has successfully expanded to become a multi-billion world-class cooperative driven by excellence and caring service that aimed to promote Christian values and improve the quality of life of its members and the community they belong to.

Embedded in its group philosophy are the core values of Dynamism, Christ-centeredness, Compassion, Commitment and Oneness. Thus, from a small community-based cooperative, it has continued to make a difference in the lives of thousands of individuals

However, despite the achievements it garnered, DCCCO is not complacent and sitting on its laurels.

The practices the cooperative has pushed for several years now are what driven DCCCO to become the leading and most respected multi-purpose cooperative in the country today:

Diversification
While DCCCO was not envisaged to become a staunch business and was not theorized to rake in profits, it is still an organization that needs to rise above its operational expenses and all types of financial outlays. It needs to implement ways wherein it can serve all its stakeholders’ interests, survive competition, and carry out additional benefits for all concerned. Thus, it needs to diversify.

One evidence that DCCCO is forward-thinking and is committed to diversify was its courageous entry into the hotel industry with the construction of the DCCCO Hotel. The move can be considered a veering away from its ‘comfort zone.’

The DCCCO Hotel will not just serve its members and city visitors, it is also an asset to the city and to the province since it will be accommodating the region’s growing tourism industry.

Continuous fight against poverty
Taking a holistic approach to guarantee long lasting impact, DCCCO instigated a number of initiatives to fight hunger and poverty. The cooperative has marching orders on rainforest development, organic farming, mangrove reforestation, and tree growing. It has also forged partnerships with DSWD for the implementation of the 4Ps. All 4Ps members are currently gaining success in managing their financial resources through DCCCO’s financial literacy instruction and skills training sessions. Collectively, they now have millions in savings deposits within the cooperative.

Then there is also the Aflatoun program which encourages elementary and High School students from public and private schools to have their own savings deposits who, at present, have become regular depositors of DCCCO after being taught financial management and leadership.

To make sure that farmers are connected to economic opportunities, DCCCO has worked its very best in collaborating and working with partners — from the private sector to universities and civil society organizations — to help smallholders get the support, know-how, and access they need to be successful.

Through these initiatives, DCCCO has ultimately helped reduce poverty, ensured greater food security, and eradicated hunger in cities, in municipalities, and in the provinces, and has contributed its share to nation-building.

With a national scope of coverage, DCCCO at present continues to push for its high-impact products and services to the member-owners and communities.

Aside from being a source of financial assistance during times of need, DCCCO has the following advocacies in line with its core philosophy and values: education, financial inclusion, financial literacy program, peace and order, health, ecology, and integration with the national, Asian, and international movements of cooperatives.

With the continued patronage of its members, sustained collaboration of its partners, DCCCO’s success can be viewed thru its more than P5.0 billion total assets and the 117,000 strong and committed members from 8 branches and 5 satellite offices in Negros Oriental, Negros Occidental, and Siquijor provinces.

Awards and recognition
And because it continuously makes the effort to deliver more than what is expected of it as a cooperative, it has gained the following Awards and Recognition:

January 22, 2010 – DCCCO’s victory on the Landmark Case against the BIR re Tax Exemption of Cooperatives and Members’ Interest on Deposits, as promulgated by the Supreme Court, which serves as a legacy to the entire Cooperative Movement in the Philippines.

December 9, 2016 – Recognized by the Villar SIPAG as the Most Outstanding Community Enterprise

At DCCCO, the value proposition is to provide quality service, empowerment, and value-laden mentoring to as many people there is. This value proposition has been cherished for several years and will always be valued as long as the cooperative exists. 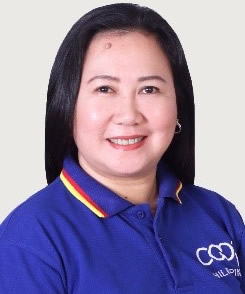 The year 2018 was a time of grateful commemoration of DCCCO’s beloved Founders and their legacy as the Cooperative celebrated its golden anniversary.  Primarily organized in 1968 to free parents from loan sharks and provide them the means to pay the tuition fees of their children, DCCCO, undeniably has been true to its mission of uplifting lives, not just a few, but thousands more.

Highlighting fifty (50) years of synergy, compassion and empowerment, DCCCO stood stronger than ever with its tremendous growth from 49 pioneer members to 109,565 total members; from P1,181.50 initial capital to total assets of 4.780 Billion; and from 1 office to 8 branches and 5 satellite offices, including Canlaon Satellite Office which was opened on 8 February 2018. Towards the goal of providing diversified quality products and services, DCCCO launched the DCCCO Hotel on 18 June 2018 which is estimated to be completed in 26 months.  New wealth building products were introduced – Save as You Age (SAYA) Savings, Youth Educational Support (YES) Savings, Emergency Fund Savings, RELAX Savings and Insurance Fund Savings. A new loan window, the Hospitalization Loan, was also offered at a very low interest rate to help members with their hospital expenses. The Salary Loan Redemption was expanded to reach out and help employed members find relief from the shackles of usurious lenders with their exorbitant interest.  Compliant with regulations and ever-concerned for the welfare of the members, interest rates were lowered and were based on diminishing balance.  For the convenience of the members, DCCCO upgraded its magstripe ATM cards to My Pitaka EMV (chip) cards that can be used in any Bancnet ATM.  Members can also make their payments/deposits through Palawan Pawnshop’s Express Pera Padala.

Improving administrative efficiency requires people to deliver the needed service to members.  Thus, 27 additional employees were hired in various offices and branches bringing the number of employees to 211. Believing that “the people are the heart and soul of any organization”, DCCCO invested in the training and development of employees, officers and members in partnership with PFCCO, NATCCO, CLIMBS CIFL, TESDA, DOST and other providers/agencies.

Shown below is the comparative highlights of the operations in 2018 and 2017:

For Mobile: Can be viewed fully in Landscape Mode


More than the figures, rates and growth trends shown in the preceding table and the succeeding graphs, DCCCO values the story behind the numbers.  These are stories of:

Each member has his/her own struggles and successes.  No matter what state in life and what role we play in the Cooperative - whether as a member, director, officer, employee, area coordinator or facilitator, may we always remember that we are in this journey together.  The members’ success is DCCCO’s and everyone’s success.  For this and more amazing years, I thank God, our founders and each member.

Here’s to another 50 years of cooperation and caring! 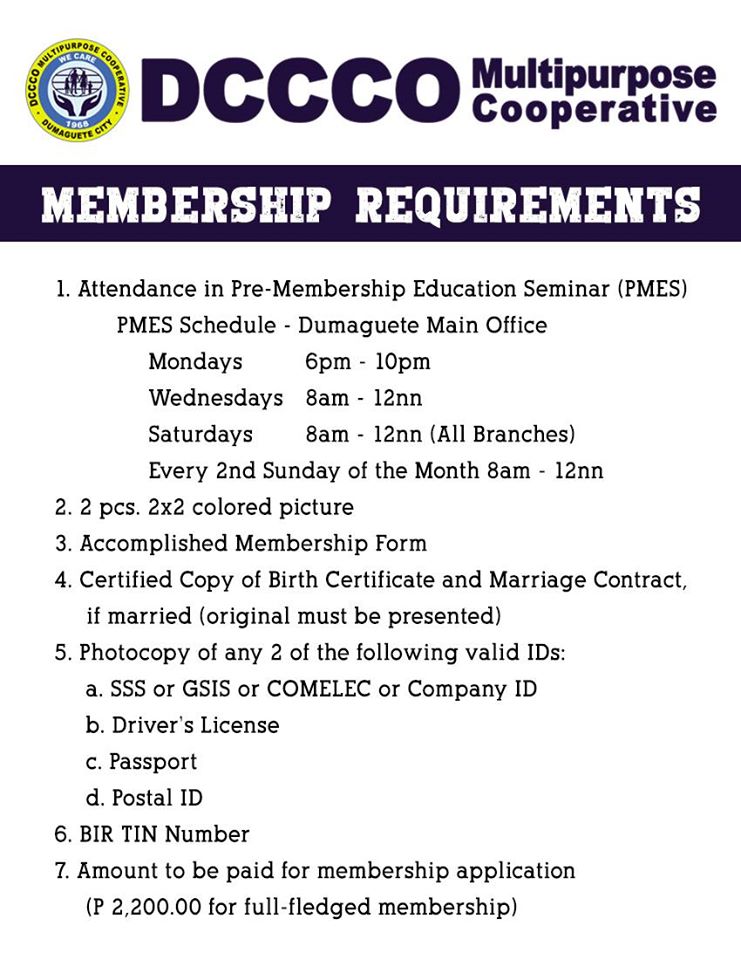 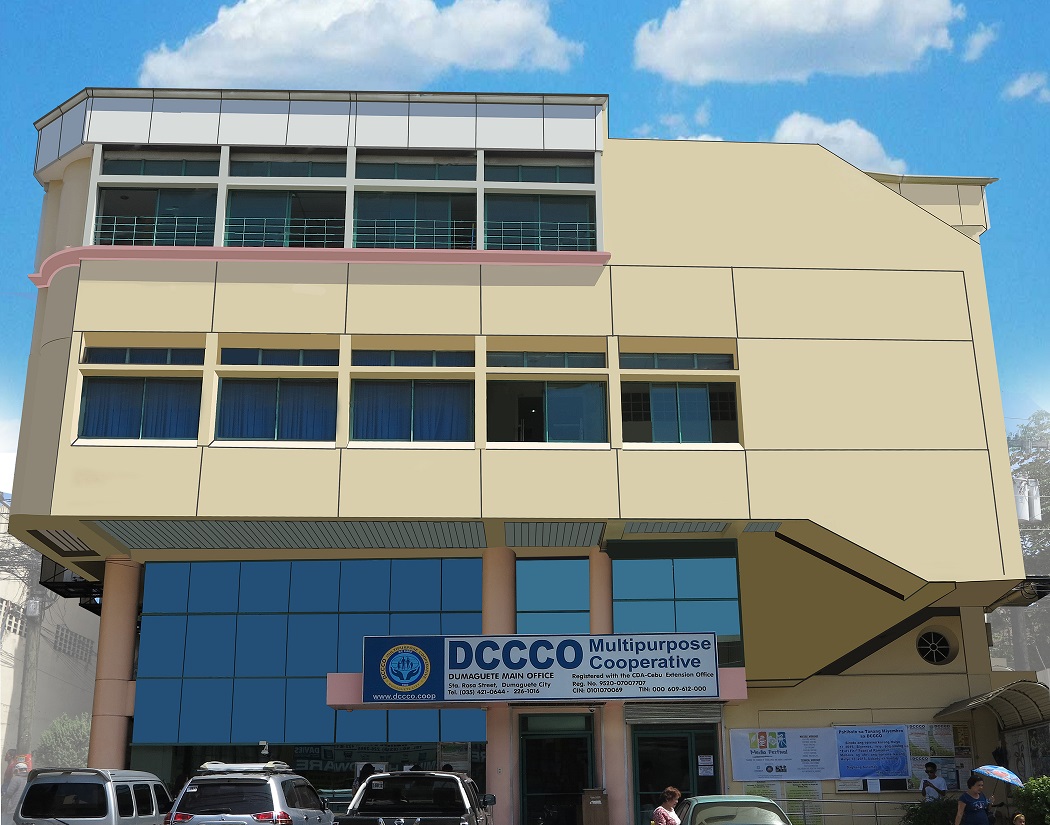 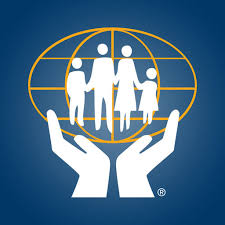 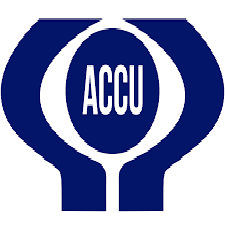 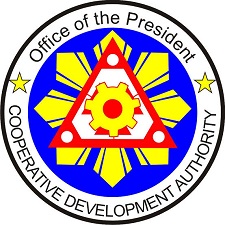 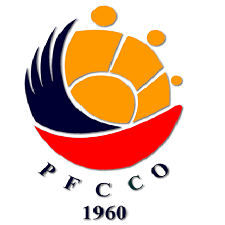 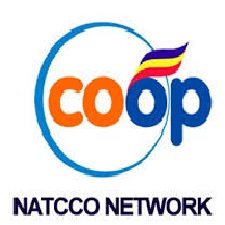 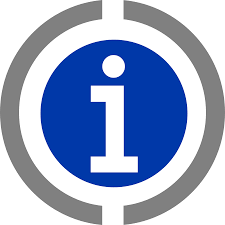 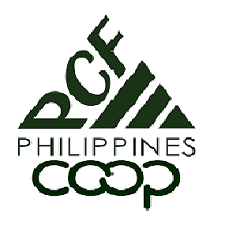 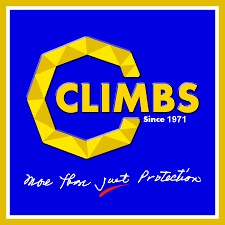